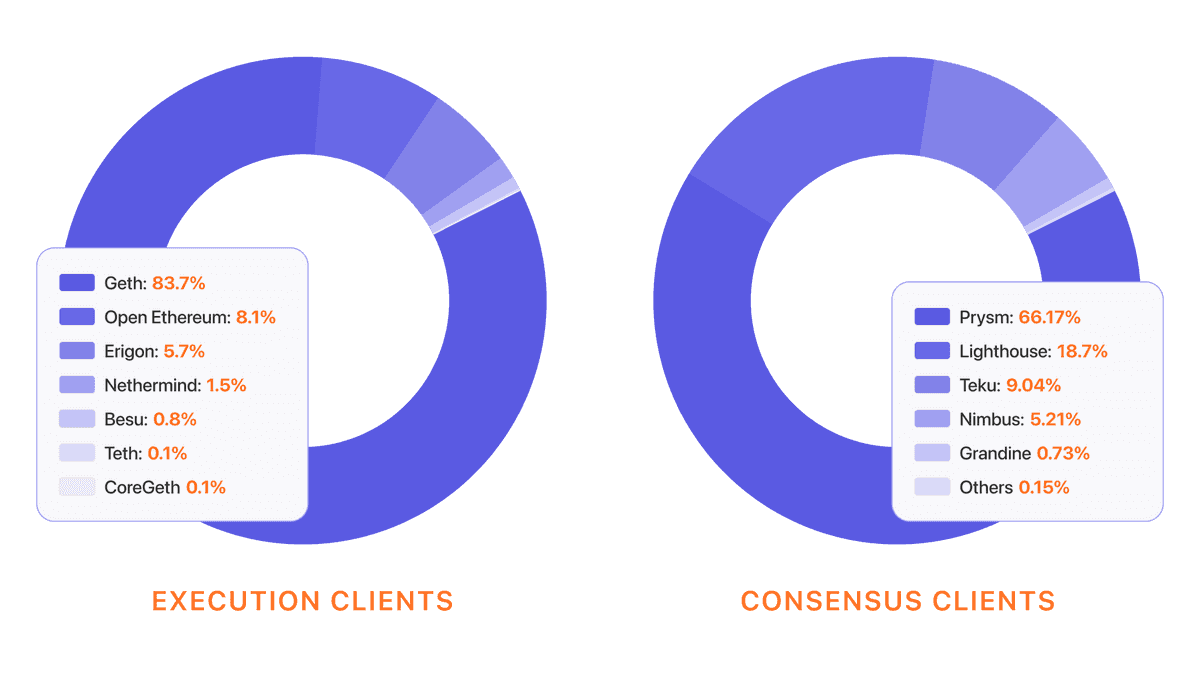 Up to date client diversity data for the consensus layer is now available at https://clientdiversity.org/.

Lodestar - Under review and audit