There is a functional proof-of-stake chain called the Beacon Chain that has been running since December 2020 that is demonstrating the viability of the proof-of-stake protocol. The Merge refers to the point in time when Ethereum leaves proof-of-work behind and fully adopts proof-of-stake. The Merge is expected to happen ~Q3/Q4 2022. More on The Merge.

As well as building confidence in the proof-of-stake mechanism, the Beacon Chain also enables estimates of Ethereum's post-merge energy usage. A recent estimate suggested that The Merge to proof-of-stake could result in a 99.95% reduction in total energy use, with proof-of-stake being ~2000x more energy-efficient than proof-of-work. The energy expenditure of Ethereum will be roughly equal to the cost of running a home computer for each node on the network. 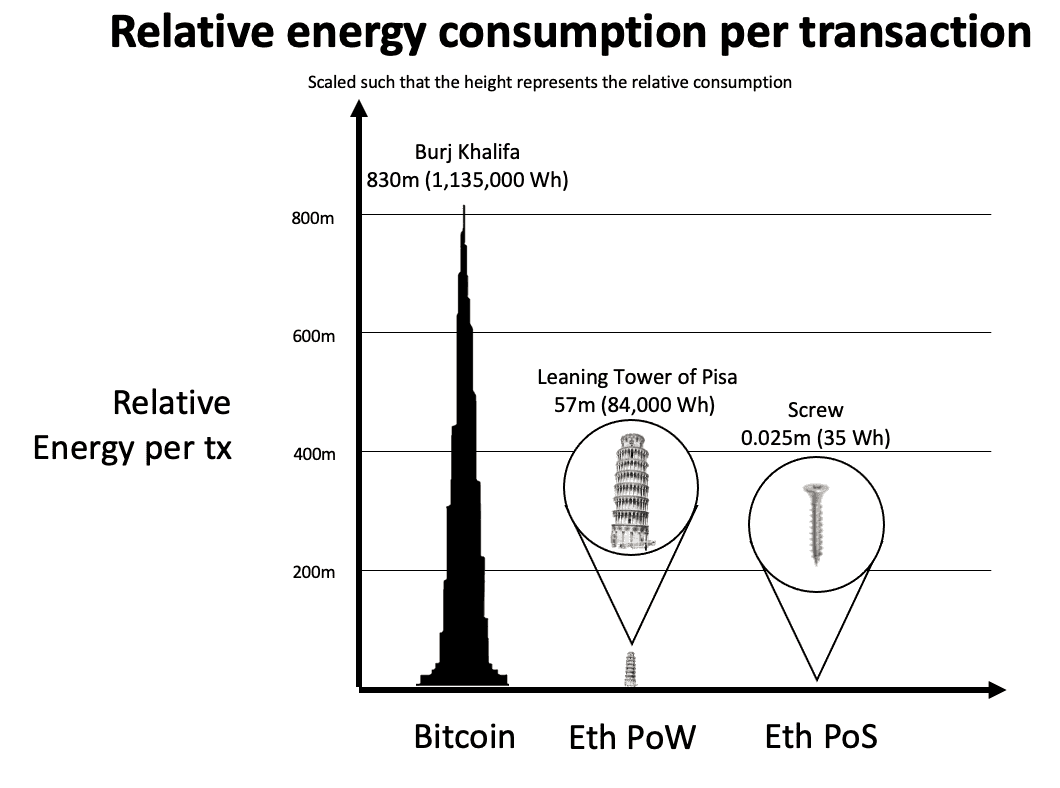 Did this page help answer your question?