A validator is expected to create, sign and broadcast an attestation during every epoch. This page outlines what these attestations look like and how they are processed and communicated between consensus clients.

What is an attestation?

Every epoch (6.4 minutes) a validator proposes an attestation to the network. The attestation is for a specific slot in the epoch. The purpose of the attestation is to vote in favor of the validator's view of the chain, in particular the most recent justified block and the first block in the current epoch (known as source and target checkpoints). This information is combined for all participating validators, enabling the network to reach consensus about the state of the blockchain.

The attestation contains the following components:

The first task for an attesting validator is to build the data. The data contains the following information:

Once the data is built, the validator can flip the bit in aggregation_bits corresponding to their own validator index from 0 to 1 to show that they participated.

Finally, the validator signs the attestation and broadcasts it to the network.

There is a substantial overhead associated with passing this data around the network for every validator. Therefore, the attestations from individual validators are aggregated within subnets before being broadcast more widely. This includes aggregating signatures together so that an attestation that gets broadcast includes the consensus data and a single signature formed by combining the signatures of all the validators that agree with that data. This can be checked using aggregation_bits because this provides the index of each validator in their committee (whose ID is provided in data) which can be used to query individual signatures.

When a validator is selected to be a block proposer they package aggregate attestations from the subnets up to the latest slot in the new block.

The attestation lifecycle is outlined in the schematic below: 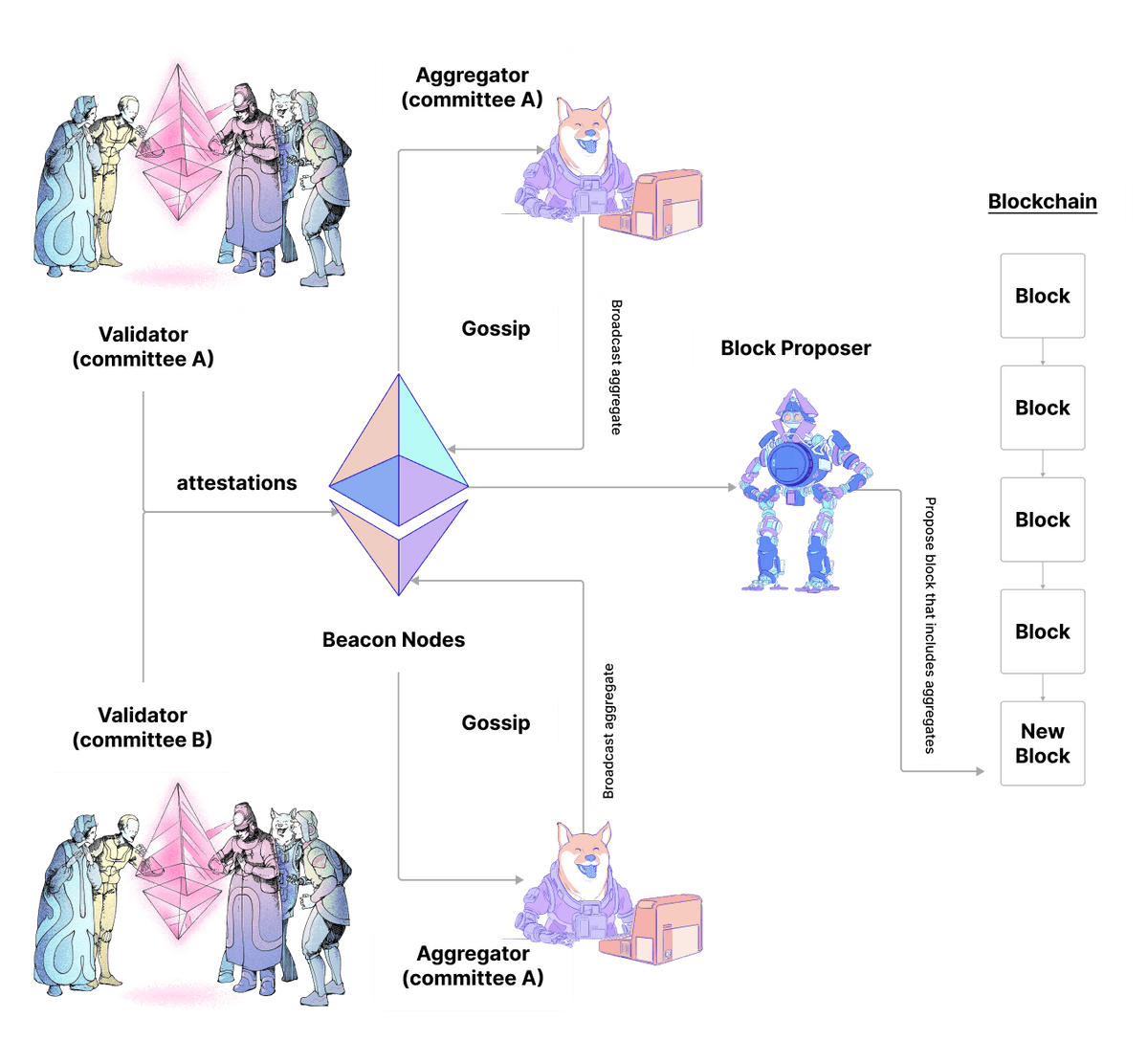 The base reward is calculated according to the number of attesting validators and their effective staked ether balances:

Validators have a maximum of 1 epoch to submit their attestation. If the attestation was missed in epoch 0, they can submit it with an inclusion delay in epoch 1.

There are 16 Aggregators per epoch in total. In addition, random validators subscribe to two subnets for 256 epochs and serve as a backup in case aggregators are missing.