I guess you are as excited as us to deploy and interact with your first smart contract on the Ethereum blockchain.

Don’t worry, as it’s our fist smart contract, we’ll deploy it on a local test network so it does not cost anything for you to deploy and play as much as you’d like with it.

First step is to visit Remix and create a new file. On the upper left part of the Remix interface add a new file and enter the file name you want. 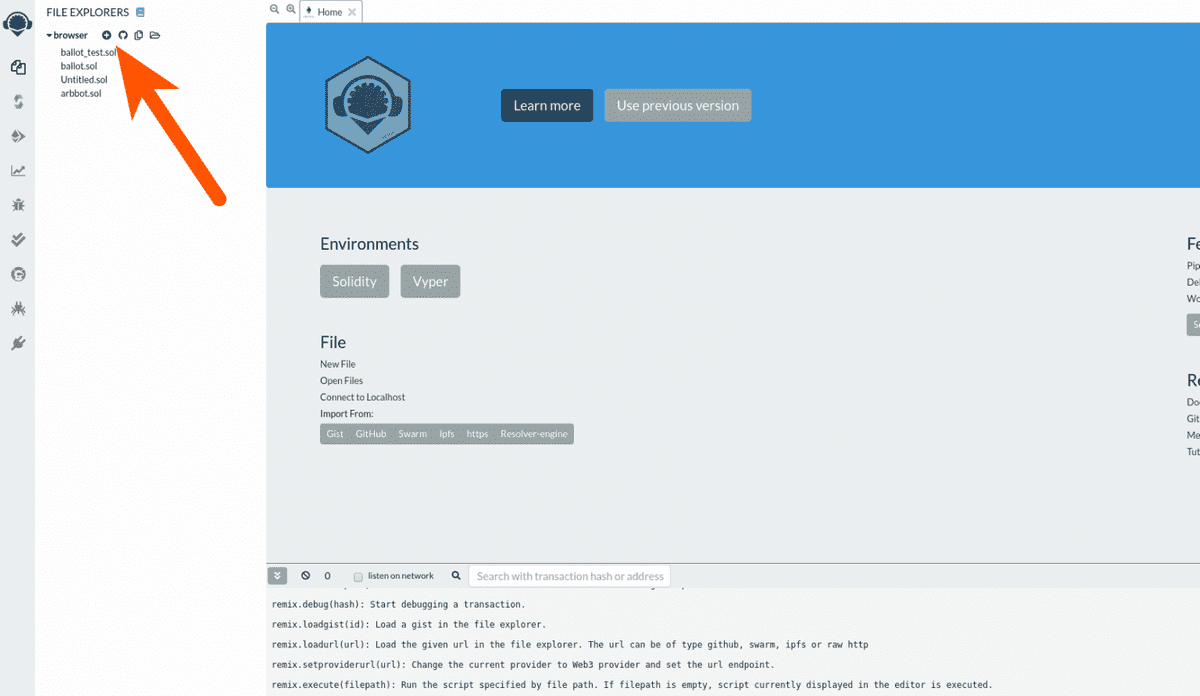 In the new file, we’ll paste the following code.

If you’re used to programing you can easily guess what this program does. Here is an explainer line by line:

This is all for our first simple smart contract. As you may not it’s really looks like a class in OOP languages like Java or C++. It’s now time to play with our contract.

As we wrote our very first smart contract, we’ll now deploy it to the blockchain to be able to play with it.

Deploying the smart contract on the blockchain is actually just sending a transaction containing the code of the compiled smart contract without specifying any recipients.

We’ll first compile the contract by clicking on the compile icon on the left hand side: 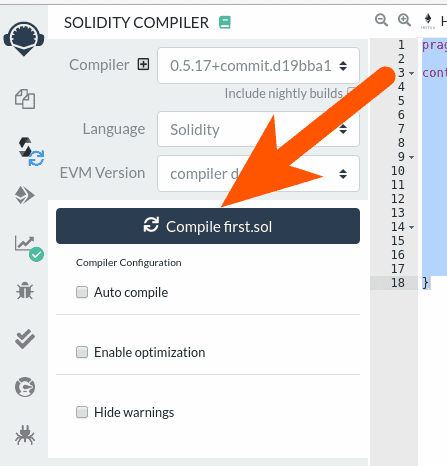 You can chose to select the “Auto compile” option so the contract will always be compiled when you save the content on the text editor.

Then navigate to the deploy and run transactions screen: 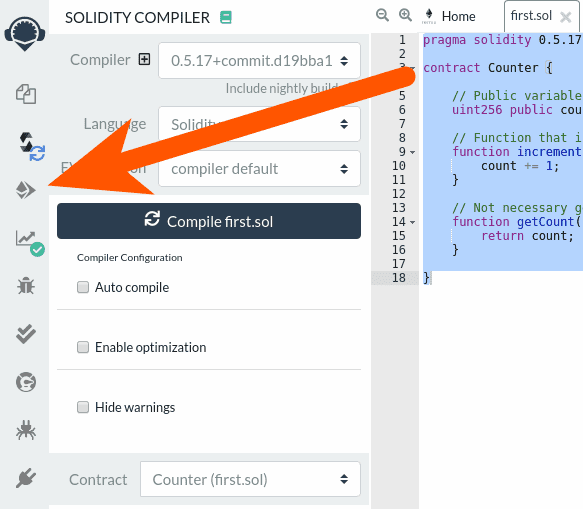 Once you are on the "deploy and run" transactions screen, double check that your contract name appears and click on Deploy. As you can see on the top of the page, the current environment is “Javascript VM” that means that we’ll deploy and interact with our smart contract on a local test blockchain to be able to test faster and without any fees.

Once you've clicked the “Deploy” button, you’ll see your contract appear on the bottom. Click the arrow on the left to expand it so we’ll see the content of our contract. This is our variable counter, our increment() function and the getter getCounter().

If you click on the count or getCount button, it will actually retrieve the content of the contract’s count variable and display it. As we did not called the increment function yet, it should display 0.

Let’s now call the increment function by clicking on the button. You’ll see logs of the transactions that are made appearing on the bottom of the window. You’ll see that the logs are different when you’re pressing the button to retrieve the data instead of the increment button. It’s because reading data on the blockchain does not need any transactions (writing) or fees. Because only modifying the state of the blockchain requires to make a transaction:

After pressing the increment button that will generate a transaction to call our increment() function if we click back on the count or getCount buttons we’ll read the newly updated state of our smart contract with the count variable being bigger than 0. 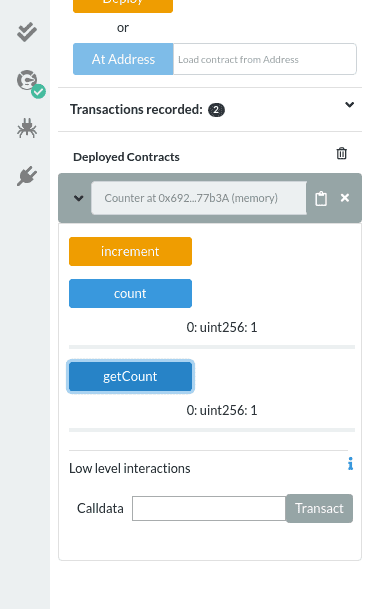