Discovery starts wih a game of PING-PONG. A successful PING-PONG "bonds" the new node to a bootnode. The initial message that alerts a bootnode to the existence of a new node entering the network is a PING. This PING includes hashed information about the new node, the bootnode and an expiry time-stamp. The bootnode receives the PING and returns a PONG containing the PING hash. If the PING and PONG hashes match then the connection between the new node and bootnode is verified and they are said to have "bonded".

The consensus clients participate in a separate peer-to-peer network with a different specification. Consensus clients need to participate in block gossip so that they can receive new blocks from peers and broadcast them when it is their turn to be block proposer. Similarly to the execution layer, this first requires a discovery protocol so that a node can find peers and establish secure sessions for exchanging blocks, attestations etc.

Similarly to the execution clients, consensus clients use discv5 over UDP for finding peers. The consensus layer implementation of discv5 differs from that of the execution clients only in that it includes an adaptor connecting discv5 into a libP2P stack, deprecating DevP2P. The execution layer's RLPx sessions are deprecated in favour of libP2P's noise secure channel handshake. 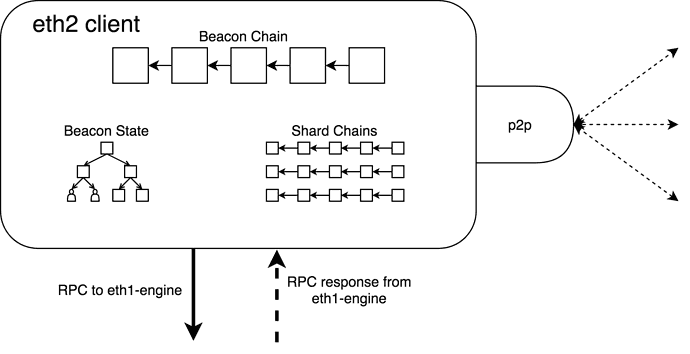 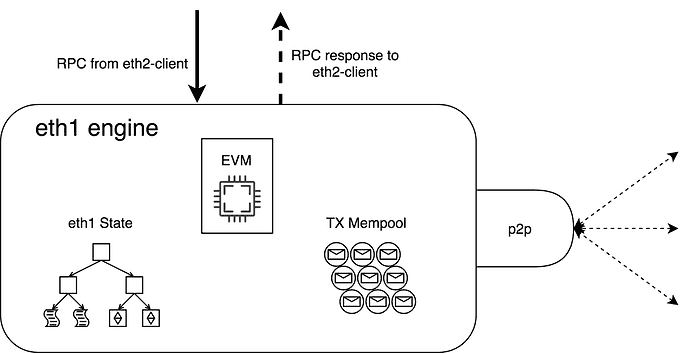